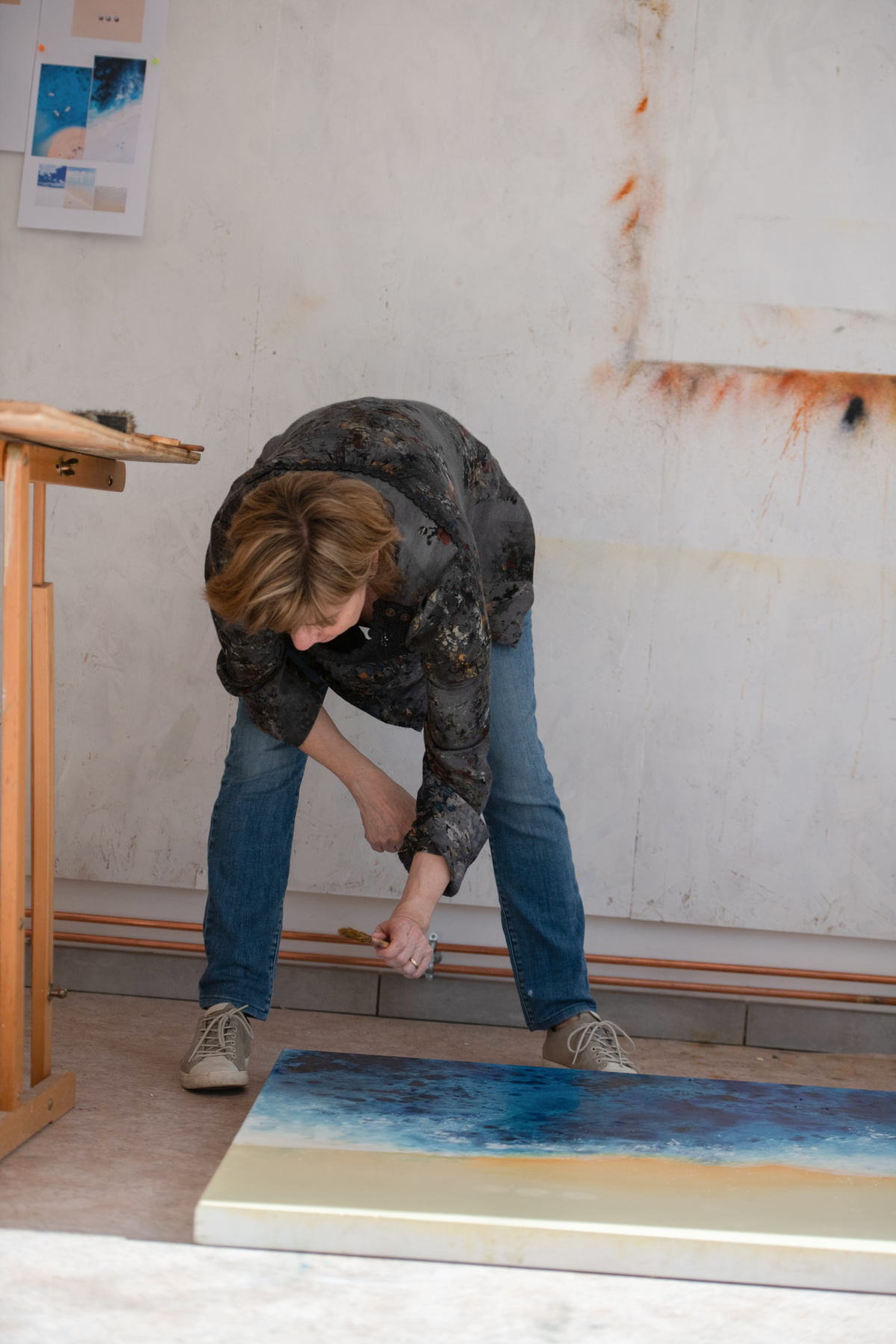 I have always liked « painting colors » as one paints the times of one’s Life. Along my way, I have come across people and countries, who have inspired and taught me techniques such as watercolor, oil, acrylic painting, mixed techniques, … These people have recognized my wish to paint and have given me confidence. I thank them very much ! As time goes by, painting has become a source of freedom for me, a way to travel and to go beyond. Beyond what one can see, beyond myself.
Each technique brings me a different kind of pleasure : the delicacy of watercolor, its “play” with water, the depth of oil colors, and the light which stands out, the blend of acrylic colors and mediums, the material effect that I like sculpting. Each canvas is then an invitation for a new experience, which is nutured upon the mixture of these techniques. My primary intention is the feeling expressed in color, medium, in depth and in light.
Today I wish to be able to “share the vision” with people who come across me on their way…

September 2018 from the 1rst to November the 31th 2018.
Collective Exhibition in Art D'Coupes, Malissard, France.

May 2017, from 5th to 20th,
Collective Exhibition in CMP Romans sur Isère, France.

May 2017, from 5th to 20th,
Collective Exhibition in CMP Romans sur Isère, France.

May 2014,from 17th to 31th
Collective Exhibition in CMP Romans-sur-Isère,France.